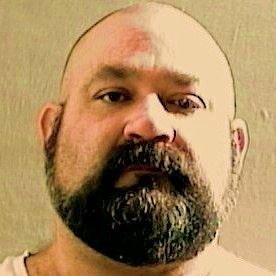 Once again, Christopher Righetti is being considered for early release, despite receiving a Life sentence for the abduction, rape & murder of 20-year-old Kim Montelaro.  We’ve been told that his hearing will be held sometime in June 2021. Keep NJ Safe is calling upon members of the community to write to the NJ State Parole Board and urge them to deny Righetti’s parole. Letters must be received by May 5, 2021.

Please join us in showing support for the Montelaro Family by submitting a letter to the Parole Board.  We also ask that you take a moment to sign our online petition, at this link:  SIGN THE PETITION TO DENY PAROLE FOR CHRISTOPHER RIGHETTI

Here is a sample letter; please feel free to add your own personal thoughts to customize your correspondence. Due to the tight timeline, we are also accepting letters via email at info(at)keepnjsafe.org

On August 31, 1976, 20-year-old New Milford resident Kim Montelaro was forcibly abducted, raped and brutally murdered by repeat offender, Christopher Righetti, Prisoner # 59431. His crime was so depraved and violent, he was given a Life sentence. Despite the court’s determination that Righetti should remain incarcerated for the remainder of his life, he is now being considered for parole.

To this day, Righetti has never shown any remorse for his crime, and he remains a danger to the community. According to evidence detailed in the coroner’s report, Kim’s sexual assault was brutal, and she died an agonizing death: stabbed repeatedly in the neck and chest and left in a ditch, drowning in her own blood.

Righetti is a serial rapist: he committed his first rape–assaulting a 21-year-old woman at knifepoint–when he was just 14 years old, and shortly after being released from juvenile detention for that crime, he attempted to assault another young woman, before raping and murdering Kim Montelaro.  Recent studies of sex offenders, in particular “stranger rapists” who do not know their victims, show that biggest predictor of recidivism is when rapist has a history of multiple sexual assaults against multiple victims. Righetti is a violent sex offender who is likely to rape and kill again, and must not be released back into society.

I urge the New Jersey Parole Board to deny Christopher Righetti’s request for parole, and force him to serve out the full remainder of his Life sentence.

UPDATE: The Record did a great job covering our fight. You can read the article at NorthJersey.com: https://www.northjersey.com/story/news/bergen/paramus/2021/04/20/kim-montelaro-killing-1976-family-opposes-chris-righetti-parole-hearing/7220417002/

UPDATE #2: Help Us Rally Elected Officials to Support of Our Efforts! Please contact your local, county, and elected officials and urge them to lend their support to our efforts, by signing our petition, writing a letter as instructed above, or passing an official Resolution. CLICK HERE TO SEE A SAMPLE LETTER YOU CAN CUSTOMIZE, ALONG WITH A SAMPLE RESOLUTION