Since 2009, Keep NJ Safe has been tirelessly advocating for crime victims and, when necessary, working with state legislators to successfully enact reforms that help protect our community and improve overall public safety.

Here are some of the initiatives we have had the privilege to work on, and the real-life inspirations that sparked our involvement:

Alyssa’s Law calls for all NJ schools to install a panic alarm system that will immediately notify law enforcement in the event of a life-threatening emergency. 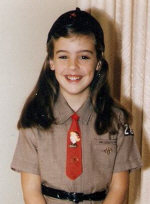 Joan D’Alessandro, a seven-year-old Hillsdale resident, was delivering Girl Scout cookies to a neighbor who lived across the street. The neighbor, Joseph McGowan, raped and murdered her on April 19, 1973.  McGowan received a life sentence and since then has been eligible for parole three times, all of which have been denied.

Joan’s mother, Rosemarie D’Alessandro, turned this horrible tragedy into a grassroots movement to strengthen the sentencing laws for sex offenders who murder their victims. Joan’s Law, signed on April 3, 1997, says that anyone who murders a child under fourteen years of age in conjunction with a sexual offense will never be eligible for parole and will never get out of prison.

Keep NJ Safe was instrumental in the drafting of a stronger, expanded version (originally introduced in 2010 as A-259) which extends Joan’s Law to anyone who murders a minor under eighteen years of age in conjunction with a sexual offense.

A266 Solar Panel Safety for Firefighters 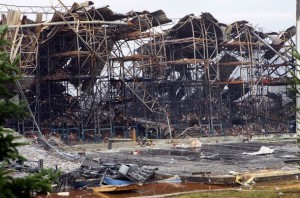 In 2013, a massive 11-alarm fire occurred at the Dietz & Watson warehouse in Burlington County, NJ, completely destroying the building. Firefighters on scene reported that their efforts to fight the fire were hampered by the more than 7,000 solar panels located atop the structure, which presented a risk of electric shock.  After thoroughly investigating the challenges posed by solar panel installations, Keep NJ Safe assisted in the drafting of A266, a measure that requires a placard to be placed on commercial structures that contain solar panels in order to alert responding firefighters, as well as advance fire department notification when solar panel installations occur.  This notification will allow fire fighters to quickly assess the risks associated with the system, and plan accordingly.

Dusty was a beautiful 1-year-old German Shepherd puppy and seeing eye dog in training. In the Summer of 2010, Dusty and his trainer, Roger, were the victims of a violent attack by a pit bull. Dusty managed to survive his grave physical injuries, but his mental and emotional trauma were considerable, and he was not able to continue in the Seeing Eye program. The led to a considerable loss in time, effort and money spent on his training.  Unfortunately, attacks on service animals are quite common, and the laws protecting these canine heroes are woefully inadequate.  Keep NJ Safe, along with Mr. Woodhour and representatives from The Seeing Eye guide dog school in Morristown, worked directly with state legislators to draft a bil that would finally offered to protect service animals like Dusty, and hold pet owners responsible in the event of a dog-on-dog attack.

Kim Montelaro, a 20-year-old resident of New Milford, was abducted at a mall in Paramus on August 31, 1976.  Kim was forcibly taken to a nearby wooded area where she was raped, stabbed six times in the chest, and left to die. Christopher Righetti, a 16-year-old River Vale resident with a prior rape conviction,was found guilty of Kim’s murder, and sentenced to life in prison. Righetti is a dangerous murderer who has shown no remorse for his brutal crime. He was denied parole in September 2009. At that time, Keep NJ Safe formally requested that the Parole Board not consider this dangerous killer for another hearing for at least 35 years.  He was eventually given a future eligibility date 12 years from the date of his last parole denial.

However, in January, 2010, outgoing Governor Corzine signed a measure into law that called for Parole Eligibility dates for those denied in the past to be held at least once every 3 years, regardless of the severity of the crime that was committed.  This unfortunate measure meant that even rapists and murderers like Christopher Righetti would be eligible for parole every 3 years, forcing victims’ families to endure the pain of a hearing on a regular basis.  Keep NJ Safe immediately began advocating for a revision to the law, that would exempt the types of serious crimes that fall under the No Early Release Act (murder, rape, terrrorist acts, etc.)

STATUS: PASSED INTO LAW  Several revised versions of the law were introduced with bipartisan support, and ultimately, S2308 was the one that received final passage into law on May 9, 2011.

UPDATE: Unfortunately, the consequences of the first, ill-advised bill were still felt by the Montelaro Family. Righetti successfully appealed to have yet another parole hearing in 2012, since his parole denial fell during the time when the “every 3 years regardless of the severity of the crime” version of the law was in place.  Once again, KeepNJSafe lobbied the board to keep Righetti imprisoned, and his parole was denied again.  Righetti was given another hearing date in 2016, which was rejected. His new parole eligibility date is March 31, 2023.