News outlets in New Jersey are reporting a new bill filed in the legislature that calls for a crackdown on distracted drivers. The bill’s sponsors, Assemblyman John Wisniewski and Assemblyman Nicholas Chiaravalloti, both say that the measure in intended to increase safety on our roadways by cutting down on the multi-tasking that often takes place. If the bill passes, motorists could be ticketed and fined for drinking coffee, personal grooming, and reaching for things in the car while driving–things that many drivers are already guilty of doing, and don’t see as a problem. Fines for the first offense are steep: $200 to $400, with the tab increasing to $400 to $600 for the second offense. Get caught a third time, and you’re looking at $600 to $800 in fines and a possible 90-day suspension of your driver’s license.

Critics, however, say that the bill goes too far, and is yet another example of “nanny-state” regulations that allow government to intrude on one’s civil liberties.

You can read more about this debate, and weigh in yourself, at NJ.com: CLICK HERE. 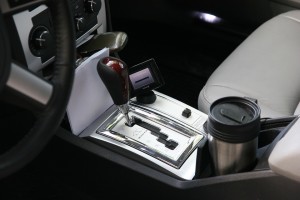 My take: the proposed fines are way too high, and make this bill seem like “money grab” legislation, which is part of the reason I think so many people are dismissing it out of hand.  But as a motorist who travels NJ roadways on a daily basis, I can attest that distracted driving is a huge problem in our state that needs to be addressed.  It’s more than just texting and talking on the phone: I’ve personally seen a woman using an eyelash curler while making a left turn across two lanes of traffic. I’ve witnessed people speeding on the NJ Turnpike while eating a sub sandwich with one hand and drinking a giant soft drink with the other, all while holding the steering wheel between their thumb and forefinger.  I’ve also seen commuters with the daily newspaper resting on the steering wheel in front of them, engrossed in the day’s headlines while occasionally glancing up to actually drive the car.  I’ve been rear-ended a distracted drivers three times in my life–twice in the last year alone.*  When you add in texting and GPS navigation and fiddling with your satellite radio station to the mix, it’s easy to see that distracted driving has become the norm for many people.

I’m a big believer in personal responsiblity, and I do think there are times (hello, Kyleigh’s Law decals, I’m looking at you) when well-intentioned laws in NJ go a bit too far.  However, with the steady increase in pedestrian deaths that we’ve seen here in our state, along with the sharp increase in accidents caused by distracted driving, this is a valid issue that needs to be addressed.  As with most bills that are introduced, it sounds like this one needs some refinement before it is put to a vote, and the public will have an opportunity to weigh in if and when it is heard in Committee.  At least it’s getting the conversation going about distracted driving, a topic that needs to be discussed in New Jersey in order to save lives.

*Of the three times I was rear-ended, the first happened while at an intersection located on the downslope of a hill, waiting to make a left, and the driver behind me was texting and didn’t realize I was stopped there until it was too late to brake without clipping my bumper. The second time, I was a passenger, and the multi-tasking guy in the car behind us saw the light turn green out of the corner of his eye and immediately hit the gas, without checking to see if my husband’s car was still stopped in front of him. The third time, I was a passenger traveling on the Garden State Parkway, when a teenage girl in her brand new graduation-present car (it still had temporary plates on it) dropped her cellphone while driving through a toll plaza and decided to search for it, without checking to see if traffic in front of her was stopped. It was. We later learned that it was her second accident of the day.

UPDATE on the Montelaro Case